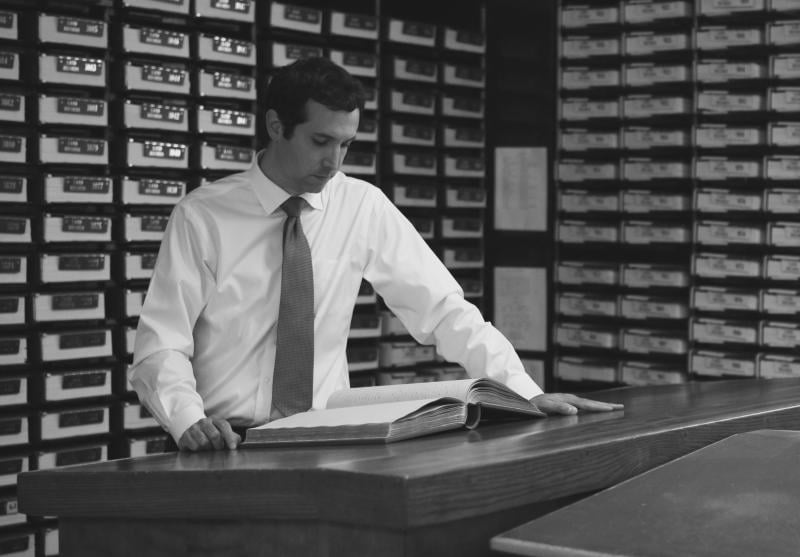 Paulo began working at the Dukes County Registry of Deeds in 2008. From his first day he has demonstrated his complete commitment and dedication to the office. Very quickly Paulo began to expand his involvement and fully integrate himself into all aspects of the Registry’s responsibilities. In 2010 he expanded his responsibilities by assuming the role of IT Manager. And then in 2014 Paulo was appointed Assistant Register.

Over the years at the Registry Paulo has developed a comprehensive understanding of all facets of the Registry’s mission and its importance to Martha’s Vineyard and the Elizabeth Islands, an office whose historical roots stretch back to 1641 making it one of the Commonwealth’s oldest public offices.

Paulo has taken on leadership roles and has led initiatives to improve the Registry, making it more efficient and user-friendly. As register, his work to continue improvements in the Registry’s functions and service to the community will be pursued with dedication and determination.  Paulo will focus intensely on putting his IT knowledge and skills to use in adopting innovative approaches to update various Registry systems that will make the office more convenient, efficient and user-friendly for the public and professionals alike.

After moving to Martha’s Vineyard Paulo quickly became part of the island community working as a volunteer firefighter and EMT. He has also worked at the Martha’s Vineyard Adult Learning Program helping with IT and has done translation projects for the Martha’s Vineyard Regional High School, Edgartown Public Library, and other island organizations. In 2015 Paulo was elected to the Edgartown Financial Advisory Committee, in which he now serves as chairman.

In all of these positions he has been grateful for the opportunity to be able to give back to the community and contribute in a positive way. The close-knit island community is something that he genuinely values and enjoys being part of.

Paulo’s dedication and love for not only the island community, but also his work at the Registry was highlighted when he was featured in Martha’s Vineyard Magazine’s article The Next Wave: An up-and-coming generation shares an active commitment to the Vineyard community and a passion for their work.

We Are Here to Assist You

Our office is open Monday through Friday from 8:30AM to 4:30PM and our staff is here to assist you with any filing.